The skids were greased under whoever was going to be Winnipeg's police chief long before the position was awarded Danny Smyth in November 2016. That year, the city rose thru the ranks to lead the Canada Crime Severity Index, so there's the proof. 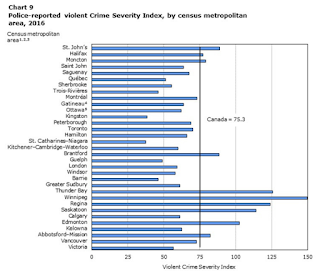 But he can't use that as an excuse for long- or at all.

Last week he pointed his finger at the provincial and federal governments for failing to stem the meth tide while warning personnel throughout his department are fading fast and losing hope, in the face of 30-40% increases in serious crime categories since 2014.

But Smyth made a key PR mistake: he failed to acknowledge that top management over the years - including himself - weren't up to the task of managing a coherent counter-strategy.

Blaming politicians only goes so far with cops on the beat and victims of crime, I am hearing, when they see a police chief who is failing to lead.

* For years, people who knew the score were calling out how police brass had undermined the CrimeStat formula, which went beyond statistical measurements and into crime analysis if done correctly. Smyth tried to leave that legacy behind and install a new crime-tracking tool:

It would be fair to say that since the change is so recent, there's probably no way to judge any results. However, it is also fair to say, that the failure to operate CrimeStat properly for 12 years had a very bad cumulative affect on policing and public safety.

It isn't clear how involved Smyth, who was named a superintendent in 2012 and deputy chief in 2015, would have been, but it's overwhelmingly likely he knew what was going on, at the very least. CrimeStat, WPS-version, was full of holes and the public was fed half-truths for years, as were city councilors and the media.

* Deputy Chief Menno Zacharias was a champion of CrimeStat when it was introduced following a campaign pledge by Mayor Sam Katz. Here is part of his explanation of how it could work as a pro-active policing tool:

specific crime trends can be seen developing in specific areas of the city.  These trends can be nipped in the bud so to speak, largely by identifying and arresting perpetrators.  These preemptive arrests prevent the trend from continuing and reduce the amount of crime.  It’s not the be all and end all but it is a valuable tool.

Unfortunately he retired after the promotion of Keith McCaskill to top cop, a terrible hiring mistake in retrospect.

Why? Let's jump for a moment to an answer Danny Smyth gave to a media question last week.

Q: … is the current meth crisis the gravest or most difficult challenge that’s been thrown your way? 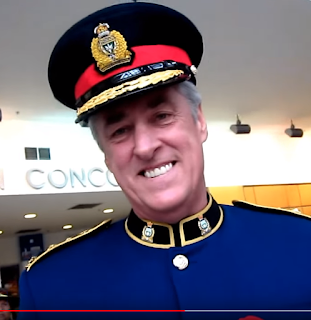 Crack was a game changer ... consider this:

In an exit interview when he retired, McCaskill admitted that he and other senior managers of the police in the 1990’s had underestimated the emergence of crack cocaine and the problems it represented to the city.

A cop was dismissive of how serious it was that crack was being introduced to the Winnipeg scene in the early 90's?

He blew the first test of the 3 Smyth described.

How did someone like that end up in charge?

* Two years later in 2010, cop-turned pundit Zacharias blogged that CrimeStat was a proven winner IF the human element did its part.

But under McCaskill, execution of that function was abysmal - as per this synopsis:

Zacharias concluded: "Residents of Winnipeg have a vested interest in the overall safety of all neighbourhoods. Winnipeggers need Crimestat to work."

It didn't. Why? Because "The Police Executive must be fully engaged and ensure the resource is used as intended." and that was the last thing McCaskill wanted.

Because he wasn't a crime fighter, which is what CrimeStat required to deliver results.

* Even after the warnings of Zacharias in 2010, CrimeStat was still being gamed in 2013 - after Devon Clunis took over from McCaskill -  to minimize the impact from criminal activities and violence that Winnipeg residents and businesses were facing. 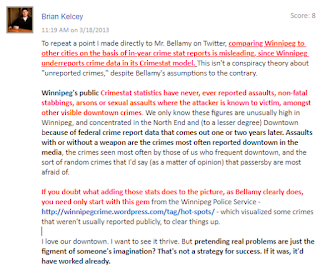 In a Free Press comments section smackdown of noted downtown cheerleader Brent Bellamy, urban policy analyst  Brian Kelcey admonished him that "comparing Winnipeg to other cities on the basis of in-year crime stat reports is misleading, since Winnipeg underreports crime data in its Crimestat model. This isn't a conspiracy theory about "unreported crimes," despite Bellamy's assumptions to the contrary."

Kelcey, who had been a key figure in the early Katz administration, revealed "Winnipeg's public Crimestat statistics have never, ever reported assaults, non-fatal stabbings, arsons or sexual assaults where the attacker is known to victim, amongst other visible downtown crimes. We only know these figures are unusually high in Winnipeg, and concentrated in the North End and (to a lesser degree) Downtown because of federal crime report data that comes out one or two years later. " 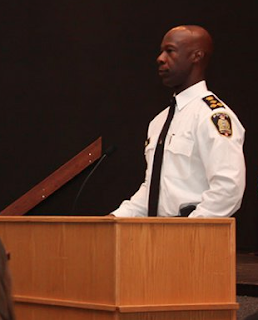 As safety consultant Bob Axford put it, under Chief Clunis, "Crime stat in Winnipeg is now being used for purposes the US model was never designed = that is to avoid transparency and honest management."

In other words - not a crime fighter.

* In October 2013, the Free Press reported about a review of CrimeStat by Matrix Consulting Services of Texas.  And what did they find?

- cancelled or shortened weekly CrimeStat meetings,
- non-regular attendance by the chief or his deputies
-  limited analysis of statistics and how they impact on the work of general patrol units.

"It seems that preparation time is limited and focused on 'just' trying to understand the statistical increase 'or' decrease," the review notes. Matrix calls on the WPS to introduce "more formality" to CrimeStat meetings and increase accountability and ownership for police in supervisory roles." ... Katz said he was "extremely disappointed" there is little buy-in to the program among senior police officers."

* So, when did CrimeStat get fixed? Well, according to CBC, not by May 2015, by which time residents of River Heights had started giving up on Chief Clunis and his managers ever getting their area under control - and hinting that maybe a program to put cameras aimed at backlanes would have helped

... The data also showed that in nearly 75 per cent of cases, the thieves roamed the backlanes, rather than streets. ... Another active member of the Broken Windows Club says these figures do prove the crime wave is affecting all areas of River Heights, but feels it's just the tip of the iceberg. "I know personally for a fact that many more on my street were hit and didn't submit their incidents."

"The true scale of the problem is not fully known by residents, as the police service's CrimeStat website does not track the type of property crime that is wreaking havoc on River Heights residents."

* By the time Smyth - and meth addicted needle-dropping junkies - took over in November 2016, CrimeStat had been a colossal failure as a planning and coping tool. Deliberately sabotaged. It took him over 2 years to finally replace it and hope people forgot. 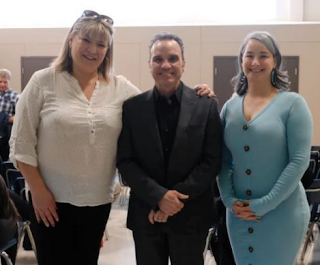 When Smyth made his PR gambit to get sympathy on the side of cops and civilian staff, he was counting on his own role being glossed over.

Winnipeggers have seen the deterioration of public safety and order since 2014 - can you imagine that was 'the good old days' when people felt safe compared to now?? Public patience for the social-work approach of the trifecta of recent police chiefs is worn thin. They want results.

They see a police chief eager to engage politicians whenever he can - that's the easy part -  but if we are leading the country in crime, guess what - we lead the country in crime victims too. Robbery and property crime both up over 40% in 5 years, total crime up 33%. And Danny Smyth offered those crime victims nothing last week- no leadership, no accountability, no hope, just a warning things will get worse. He's no crime fighter.

The Police Service needs a change of attitude, a change of direction, and a change of identifying trends and devising effective tactics. His ability to accomplish what's needed to save our city has to be seriously contemplated by Mayor Brian Bowman and City Hall -- and Smyth should have to make a case to council why he should stay in charge.

This week we reached the 20% mark in the quest for 100 supporters at $50 each, who have stepped forward to help fund this crucial period for independent reporting in Winnipeg.

Some donors have been extraordinarily generous with their kind words and financial vote of confidence - and because of their gestures, my reporting on the meth crisis, crime, politics and the Winnipeg community can continue.

Will you please join them? It only takes a minute to help. 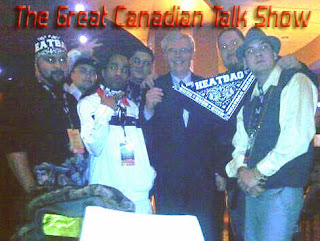 It takes experience in the field, research, resources, and time to compose strong, vibrant citizen journalism. It takes passion and drive and determination.

I get tips and I break stories, like the ones about Premier Greg Selinger posing with convicted drug dealers, and Theresa Oswald's American husband making questionable donations to the NDP. MSM scrambled to follow my scoops.

That's what I do! and with your help, the upcoming provincial and federal elections will get a heap of scrutiny through a different lens.

This page
https://tgcts.blogspot.com/2019/06/theres-2-elections-coming-up-so-were.html
explains why Winnipeg needs more reporting and not less, what my goal is and why, and how you can donate via Paypal, Interac Transfer, or other ways to keep this platform going.

And of course, keep those story tips coming in!
TGCTS1@gmail.com