When I started my investigation into used needles polluting our streets parks and backlanes, and the effect on meth use on neighborhoods near Manitoba Housing units last fall, it was because I had been repeatedly approached by 'average' people - a lot of them actually - about the changes to their neighborhood
safety. 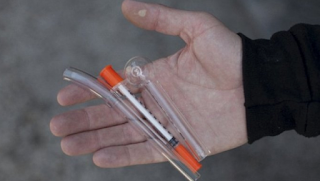 They felt their worries about the danger to their families and pets posed by users dropping their meth needles was being not just ignored, but suppressed. It was polluting their streets, parks and backlanes, homes, parking lots, businesses, rental properties -and sometimes on playgrounds, too - and those voters last fall felt their urgency was being ignored by city councilors and MLA's.

They couldn't make heads or tails out about the role and responsibilities of the Winnipeg Regional Health Authority, especially since the agency, via field programs, "partners", and clinics, was handing out literally, as many needles as (aspiring?) drug addicts asked for.

I've previously mentioned that the first Winnipeg news coverage about used needles found on boulevards - during the Talwin and Ritalin craze 30 years ago - came about when I took Kelly Dehn of CTV, early in his cop and crime beat career, for a sightseeing tour in my taxi of my discoveries in South Point Douglas. So I was no novice to this field of reporting.

I took on this needle investigation - with no fiscal structure to support the research, which you can help me out with as explained in this story .

I did it because I knew, the Winnipeg public was being let down and it was dangerous.

That's why the Bear Clan jumped in to help.

I have spent a lot of time asking some important questions about the scientific foundation of the Winnipeg Regional Health Authority policies and practices and in particular the harm reduction centrepiece - a free needle exchange program.

And it was worse than I imagined. And now we've learned, it's worse than James Favel imagined too.

Part and parcel of promoting the benefits of "harm reduction" programs and garnering public acceptance for them, involves addressing if those programs result in more needles dumped around neighborhoods.

The WRHA relied on citations about needle return rates, as well as measuring the discarded needles being picked up against their total sharp distribution, which is now well over 2 million.

* This information was provided to assure me nothing was amiss with their programs in 2018.

* Their programs were based on 2 US studies - that were concluded before 2001.

Think nothing was amiss?
Consider the following 'Math With Marty' equation:

A) WRHA email October 1, 2018:
"Discarding unsafely in public is a rare practice ...
Discarded needle numbers are estimated to be between 5,000-10,000 per year currently in Winnipeg (estimated from Street Connections calls for pick up, Bear Clan and other pick up program reports)."

"This represents less than 1% of the total number of needles distributed annually." { Ed note - we'll get back to that part later}

B) CTV Winnipeg March 19, 2019
"Bear Clan Patrol executive director James Favel said last year the group recovered 40 thousand needles on Winnipeg streets, on track to at least double that amount in 2019 ... “We could do 60 or 80,000 this year and that's a scary statistic there."

- Winnipeg has a 1200% increase from the estimate of used needles being picked up made 9 months ago.


So you're thinking:
How in the blue hell did the WRHA give an estimate about carelessly discarded needles for last year that was at least 400% out of whack?

If the WRHA screwed up this bad on estimating how many needles were ending up on our streets, what else did they 'miscalculate'?  How many users?

I kept digging, asking about raw data, how were needle counts being done and validated, public education programs ... I'd get answers, some of which weren't answers at all -- but asking too many questions resulted in the health mandarins saying personnel were just too busy to research the answers that flowed from their emails to me.

I was even told I should file a Freedom of Information request to get any action on the unanswered questions. This week, using only the information and data they provided me without a FIPPA, I'm going to walk thru the evidence.

I think the evidence will show the WRHA massaged definitions to suit their needs and manipulated the limited data they had - some of which was 20 or more years old - to fib that they had a handle on the growing discarded needle problem.

For instance, this whopper, which will come up later in the investigation:

"Harm reduction programs often recover as many needles as they distribute, which means fewer used needles discarded in the community."

Now granted, I only have a Grade 12 education, but if that's supposed to be how it works, the opposite was happening in the city. So here's the logical question I sent to the WRHA about that assertion:

Does the WRHA have any studies that investigated the ‘meth’ effect on needle return rates?

They said they wouldn't have time to answer that one.

Or have time to answer this next one either - actually a follow-up when I was sniffing out inconsistencies in their material:

"the presence of a needle exchange program ... a decrease in injection frequency has been observed ..."

I researched this and in a medical context, the term "observed" means that a decrease was not statistically significant - ie .5%.

So I asked:
... Does the WRHA have any data that would, on a local level, support any assertion there has been "a decrease in injection frequency"?

Do you think that's a reasonable question? So do I. NO answer.

What the WRHA tried to do, was pseudo-cite science - in other words, refer to study findings without proving the relevance of the details they are citing to the current situation in Winnipeg. 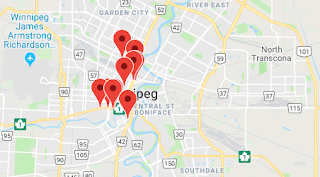 That made it easier to pretend the WRHA was overseeing a properly planned and executed free needle distribution programs under the umbrella of harm reduction. In reality, they were failing miserably.

The current situation is, a lot of those WRHA free needles are not being disposed of by users, and the public is being put at risk. (Later you'll see me discuss with the WRHA about what "a lot" is. )

It's no wonder the Bear Clan are fed up.


“This is not why the organization started – so we can pick up bio-hazardous waste.” 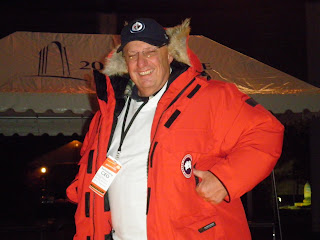 Question for readers:
Do ya think the original estimate the WRHA sent me was:

In a subsequent report, I will circle back to aspects of the WRHA responses that touched on City Hall more directly, and how it informed the City's handling of the explosion of drug debris.

(Which *spoiler alert* is to say  it let WRHA and Manitoba Housing policy endanger our neighborhoods - and had no data and no specific budget for needle pick ups.)

Before I get to that, more details to come of how provincial health and social service officials claimed their harm reduction policies and practices would work to reduce the used needle problem.

I'm sure the Bear Clan would agree that a 1200% increase in discarded needles in 9 months speaks to the contrary. 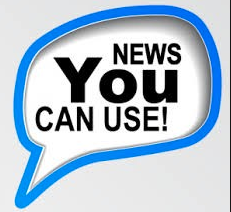 To find links and watch my 3 part video interview about the operation of Morberg House, a residential meth treatment program in Winnipeg, click this link.

To read the 5 Recomendations I sent the Drug Task Force for Manitoba Housing to fix problems with their neighbours and with procedures about discarded needles, click here.

To read the most popular story of 2019, my setting the record straight about Sherman Kreiner and his Crocus Fund ponzi scheme just like we did on 92.9 KICK-FM, click here.

To see news stories and editorials I produce as Editor-in-Chief about Jewish issues, Israel, and the fight against antisemitism, go to TheJ.ca

For a sneek peek at a Winnipeg Rock music documentary focusing on LOAD and 3 other bands, and the prediction of the Music Maven of Canadian Radio, Howard Mandshein, click here. 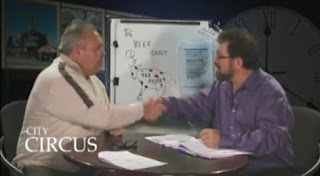 If you think that my stories and interviews bring accountability from elected politicians, if my stories make you think about issues and policies a different way, if you like the history and background information often embedded in my copy, please support my work thru the elections.

If you can chip in, know that quality unique citizen journalism and a degree of troublemaking will result, and - maybe - with a surge of support with you in August, I can finally re-start the TGCTS podcast.
Join the folks who already took a stand for OUR citizen journalism.

Email TGCTS1@gmail.com for other payment options including etransfer or a personal visit for pick up. The story ideas that come from those visits are very integral to our work.