Manitoba Liberal leader Dougald Lamont stated Friday that our report questioning free needle guesstimates by health officials is evidence "there needs be more accountability for recorded data" by the Pallister government and health officials when it comes to meth and opiate policy.

"It is very unfortunate, but not surprising, that the Winnipeg Regional Health Authority's estimate of discarded needles was so far from actual numbers," Lamont said at an election pre-campaign announcement in his riding of St. Boniface.

"The understatement of discarded needles by at least 400% from the WRHA is unacceptable and speaks volumes to the PCs that are currently in government."

The "harm reduction" philosophy of the WRHA has been to supply every intravenous drug user in the city with all the rigs they need - calculated at 2 Million for this year - at no charge. 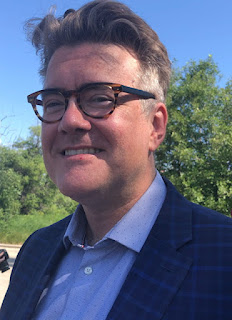 Lamont argued that "Some of the money for this has come from other prevention programs", pointing out the actual budget line for the free needle exchange only affords 200,000 spikes, so other programs have been backstopping the shortfall.

He believes our analysis showing an increase from 10,000 to 120,000 in estimated used needle pick-ups in the last year proves the free needle program has backfired.

"The PCs have offered short term pain for even longer term pain by starving the health system of resources that could have prevented new addictions and infections. Currently, the RHAs are responding to media requests on behalf of the government - with no accountability to the government in power."

Our unique approach to public affairs reporting asks the questions mainstream media don't even think of. We stand up for YOU. To help fund our ongoing research reports and election coverage, check out our donation drive and chip in to push us towards our $5000 target.

Lamont was complimentary about our series of columns since last October exposing the absence of epistemological observation by the WRHA and Manitoba Housing. Neither provincial agency maps needle finds by location or by volume, undermining the ability of city officials to get a grasp on how to protect residents navigating around needles strewn on boulevards, parks, parking lots and their own yards.

"Good data is very important for governments to make the right policy choices and Manitobans deserve to know the extent of issues within their communities", continued Lamont. "Meth is a crisis in Manitoba and Manitoba Liberals are the only party committed to a better plan that addresses addictions for all Manitobans."


As seen in this video, Lamont also opened the door to hearing out a proposal by a successful residential meth treatment  program in St. Boniface to designate an unused building with secure treatment beds and triage areas at 800 Adele Ave. in the West End, as a new drug treatment and education hub. 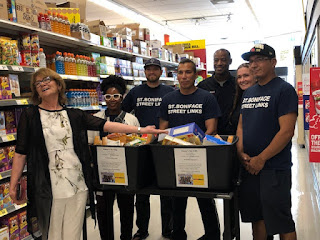 As reported this week by CTV Winnipeg, CBC Manitoba and the Winnipeg Free Press, Marion Willis of Morberg House has urged the Brian Pallister government and the owners of the building to set aside their legal dispute and for the province to work with agencies like hers, the Addictions Foundation of Manitoba and others to fund a meth stabilization unit and treatment and education services at the former Grey Nun residence, calling it a potential "centre of excellence" for drug recovery services.

Last year, she described the inadequate funding allotments to the meth crisis as consigning front-line agencies like hers  to "fighting a war with a water gun."

The initiative was spurred after the owners of 800 Adele saw our 3 part interview with Willis last month and asked to be put in contact with her.

The provincial PC government, and the Premier personally, is being sued after tabling legislation to cancel the last half of a 20 year lease signed by the Southern First Nations (child and family services) Authority, which is ultimately paid for with provincial government funding. Pallister insisted the rent was unaffordable and the building, a former Grey Nun residence, was vacated and is now sits unoccupied as the court proceedings grind forward.

Lamont, who has not seen the interior of 800 Adele, felt "It's something that absolutely should be considered... We've called for drug stabilization units, and we need them, if that's what the experts say it would be suitable for, then we should absolutely be looking at it."

**********
Reader reaction to our investigation into the WRHA's scientific citations and used needle estimates was strong, and comments will be included in our next instalment of the series. One reader says his math equates to there being 50,000 meth addicts in Winnipeg.

***********
Independent journalism can make a difference with your help. 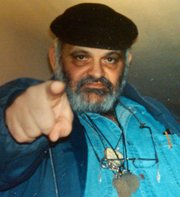 We believe that there's 100 people who believe it's worth investing $50 each towards the costs of this type of intense, creative news coverage for the provincial and federal elections.

Already our series on Morberg House and on health policy is making a difference. And we haven't even begun to dig into City Hall again!

Read this story and see why it's important for readers just like you to take a stand for public interest citizen journalism. Experience, intuition, and great writing!
on August 03, 2019